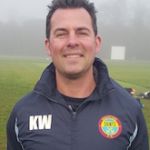 Kevin has been coaching professionally for 27 years, starting his career in the USA as Director of coaching at an all girls club in Houston Texas.

He has recently passed his Senior A license and UEFA Elite youth license following 5 years of study and is now one of only a select few to hold these qualifications. Kevin’s qualifications include:-

Whilst studying for his coaching degree he worked with Liverpool John Moores ladies team leading them to Win the National championship in 2003.

In 2010 Kevin took up a role with Guildford Saint’s initially as Head coach, more recently  accepting the role of Director of Coaching overseeing  all aspects of coaching delivered within GSFC.

Kevin is currently developing a new girl’s football programme at Tormead School. He delivers several Futsal programmes at Lanesborough and Rokeby School, plus competing in a Surrey Futsal league with U10 and U14 Guildford Saint’s Futsal squads.

Kevin is extremely passionate about developing young players and providing every child a positive learning environment that enables ALL children to have the opportunity to fulfil their potential. 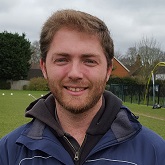 Michael has vast experience working gained over many years of coaching children across a variety of sports.  Mike’s qualifications include:

Michael has previously worked for various coaching organisations including being a Head Coach at Elite Football. He currently works full time in a Primary School teaching PE and also coaches several teams at GSFC (Boys, Disability and Ladies teams).

Michael’s philosophy to coaching is to provide each player with a high level of technical and tactical information that will allow them to improve their decision making within a game setting.

Ben joined the club early this year as a volunteer and has worked closely with the Head Coach on different projects to improve his delivery and understand how community and grassroots football really works. He has been involved in youth football in West and South Africa for over a decade. Here is a summary of Ben’s experience and qualifications: 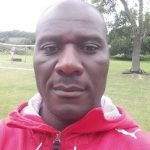 I was born in Cameroon, raised in France now living in England. I’ve played football in England at Non-League level in the Ryman league, Ryman division one South and in the combined counties league. I currently play for the Lingfieldvets.

Qualifications todate: currently in my second year of a 3 year BSC (Hons) degree in coaching for performance in football.

Work experience: Crawley Town FC as a casual coach before being promoted as a Coordinator for the Premier league Kicks program.

Substitute PE Teacher at ACS international School in Cobham. During the football season I managed the junior varsity girls football team and the under 17’s boys development football team.

Women’s Senior Football
1st Team Coach and part of the senior management team at QPR Ladies, winning league cup and achieved promotion to the Women’s Premiership for the first time in its history.
Manager of 1st Teams at Reading Women, Slough Town and AFC Wimbledon.

International Football
2008 The South Korean Women’s National Team were on tour and in London, I took them for a period of several weeks’ intensive training at the Linford Christie Stadium in Shepherds Bush. Also Managed Reading Women in an enthralling game against the USA World Champions in 2010.

Professional Non-League
In the 2002-2003 season part of the senior coaching staff at Farnborough Town in the National Conference (now the National League) as well as reserve team manager, during their near promotion into the EFL and heroic march in the FA Cup culminating in an epic 4th round tie against Arsenal at Highbury. Also Coached and managed in Combined Counties Premier.

2021-2022 Season
Manager and coach at Hampton and Richmond Borough FC Youth. 2021-2022 season he took the U17 Youth team into the SPL successfully winning Premier division with only 1 loss and 1 draw.

Grass Routes
At Grass route level I have coached and managed at various clubs at youth level, winning both the Northeast Hampshire league premier division and Surrey League. Going on to Manage as Northeast Hants Representative Manager winning the Hampshire Cup in 2000. 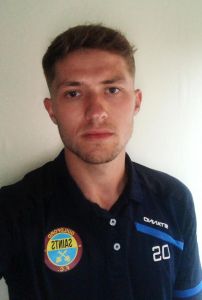 Owen is one of our younger coaches who started coaching at Guildford Saints during the 21/22 season.

Owen began coaching at aged 16 with his local team back in Dorset before moving to Guildford to study at the University of Surrey. He also coaches with several other clubs within the area and is a very approachable and enthusiastic coach. He has experience coaching ages 6-18 and strives to ensure all players enjoy every session whilst learning skills they can showcase on the pitch. 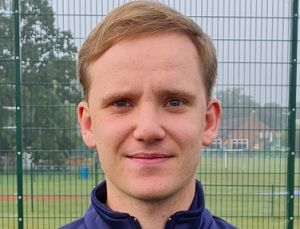 I am delighted to be back coaching at Guildford Saints, returning from university where I passed my UEFA B License as well as a degree in football coaching and performance. I coached throughout my 3 years at university at a variety of levels ranging from an academy u9 side to a refugee team.

In July, I was fortunate enough to coach alongside our very own Director of Coaching, Kevin at the Gothia Cup in Sweden, this was a brilliant experience and one I am already looking forward to next year.

My coaching career started at 16 years old for Little Kickers, which led me to becoming the head Coach for the Kingston franchise for 7 years. At the age of 21 I became Newdigate FC’s manager for 2 season before moving onto Corinthian Casuals as an Assistant Manager to Will Letts (now Sutton United Women’s manager). Together we comprised a fantastic squad taking the team to the title of the division, only losing twice. Our bigger goal however was to develop the players individually for their opportunities within the first team, of which many players played with good success. After leaving Casuals, I had an offer to move firstly to Staines Town FC and then Walton Casuals FC, to become their Head of Goalkeeping. This was my first real step into non-league football. Working alongside some great goalkeepers, like Manny Agboola and Denzel Gerrar, to name a couple, really pushed my knowledge and delivery of a goalkeeping session. The feedback was great and I designed some challenging sessions to push the keepers to their limit. This experience opened my eyes up to the world above youth football – what it takes and means to players to win games. I learned a lot from the good and bad experiences from the changing rooms and the pitch, which have formed how I coach today.
Throughout all the coaching experiences above, I also coached for Mole Valley Girls for 8 years. MVG were pivotal to helping me develop as a young coach. I was their Goalkeeper coach throughout that time along with managing a few teams, including their women’s reserve team. A great personal accolade is having a few goalkeepers that I coached, have trials with teams such as Wimbledon, Reading, Chelsea, Watford and Fulham. With a couple signing on to play for these clubs.
After these experiences, I made the conscious decision to scale back my coaching, and work alongside some fantastic coaches at Dorking Wanderers Youth Elite. In 3 years, we have developed the goalkeepers into fantastic football players. The philosophy of the elite youth section is something I was invested in from the start, and have the drive to continue to develop every week. We have had some excellent success with goalkeepers in the section, some who have gone into the Goalkeeping pool in the senior teams of the club, and some who have signed for professional teams, like Chelsea, Fulham and Portsmouth.
I cater for the individual whenever I coach. Each child will have their own individual learning journey, of which I have plenty of experience in helping them, no matter what stage they’re at. I care about their learning, but I also care about them having fun. We are a Goalkeeper’s union at the end of the day, we look after each other.
I look forward to meeting and coaching all the goalkeepers at GSFC!